Learn how adding one word to your self talk can help you become a better presenter. 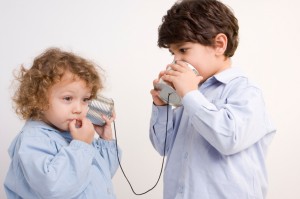 Recently, at a networking event, I had the pleasure of speaking to lovely man called Peter Moore who runs a small domestic electricians business along with his son Russell.

We were talking about public speaking and he was telling me how he started out as a nervous and reluctant presenter and that that how, after forcing himself to practice, he now feels much more confident.   He then went on to share a little about his future aspirations as a speaker and I noticed that he used a particularly simple but powerful language pattern in his self talk.

He said that he wanted to be able to improvise and speak more spontaneously but he hadn’t quite got to that stage “yet“.

Our self talk is hugely important and the way we verbalise our goals and dreams plays a big part in whether we will achieve them or not. By using the word “yet” Peter was acknowledging the reality of his current situation and, at the same time, indicating that he would  achieve his goal in the future.   The word “yet”  contained the presupposition that the further improvement in his speaking ability was possible and would happen.

What are your favourite positive linguistic patterns and how do you harness the power of your self talk?