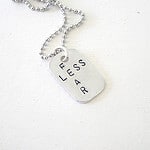 Recently I heard pop star Jessie J interviewed on BBC Radio 4.  During the interview she talked about how the key to success was being fearless.  She then went on to define what that meant for her.

She explained that fearlessness was the acceptance that , making mistakes, getting things wrong, or being criticised by others were just an inevitable part of life and therefore nothing to be afraid of.

Her comments set me thinking and I asked myself what  the opposite of being fearless was.   The answer that came was being fearful.   To be fearful means to be continually focusing one’s attention on all the possible things that could go wrong.   It is the continual expectation of failure, danger or embarrassment.   When faced with the choice between fearful or fearless, which would you prefer?

I became curious why some people seemed to be more  naturally fearful whilst others were more fearless. Interestingly, neuroscientist are now making significant progress in understanding what happens in the brains of people who expect the worst. What’s even more exciting is that this research has lead to a new treatment called Cognitive Bias Modification (CBM}.

You see it seems that fearful people have developed an unconscious  habit of actively looking for anything scary in their surroundings. Call it a thinking bias if you like,   And what particularly interested me was that the research suggests that CBM can quickly and easily rebalance this bias with a simple, low-cost, computer based exercise. Test subjects were shown a grid of pictures of faces, all but one of whom, were stern, angry or unhappy.     All the subject had to do was find the one smiling face in the grid and click on it.   Immediately they would be presented with another grid of different faces and once again they had to find and click on the one and only “happy” face on the grid.   After doing this activity for just ten  minutes a day,  three times a week for six weeks, the researchers found that the test subjects reported feeling happier and more positive.    But what is even more surprising is that they saw measurable changes in brain activity. Changes that showed brain activity patterns similar to those seen in naturally more optimistic and fearless people.

It’s still early days for CBM,  but given the non-invasive, not pharmacological nature of this new “attention therapy” there seems little downside to trying it.  If you suffer from anxiety or fear of  presenting or public speaking for instance,  you may wish to visit the following CBM article or download this free Smartphone app.

Linkedin
Posted in Attitude, Confidence, Nerves, Presentation Skills and tagged fear of public speaking, fearless
← How to Come Across as Credible With Your AudienceDeliberate Practice – The Key to Improving Presentation Skill →