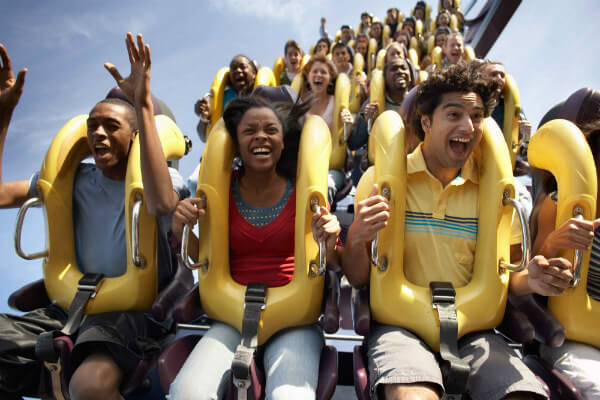 You are probably reading this article because either you, or someone who you know has a fear of public speaking!

The reason I can say this is with a high degree of certainty is because fear of speaking in public is extremely common.That's probably why so many of my clients come to me looking for a solution to this debilitating condition. They know it's holding them back, but they don't know how to fix it.

OK, so how would you like to feel instead? I mean if I could wave a magic wand and instantly replace your fear of public speaking with a more positive emotion, what would you like?

If you could feel excited about your upcoming presentation or speech wouldn't that be cool?

Well, believe it or not, such an amazing transformation is possible and you already have the power to do it! Would you like to know how? Then read on...

Would it surprise you to know that the label we give to our physical symptoms can have a huge effect on their impact upon us?

Let's start by considering the question "How do you know that you have a fear of public speaking?"

Now I know this may seem like a stupid question, right?  You just know don't you? But bear with me, and let's explore this  a bit more. Often the first thing we notice are certain physical symptoms and sensations such as:

Now it's your turn.

Take a moment to consider the physical symptoms you get when you think you are excited. I mean really excited, like when you were a kid waiting for Christmas. What happens to your heart rate? How about your breathing?

It's basically the same or very similar to what you get when you thought you were scared - right?

So,  if the symptoms are the same, how do you know whether you are feeling afraid or excited?

The Science Bit!
Don't worry you're not going crazy! This happens for everybody, and it's due to the release of a chemical cocktail of neurotransmitters into your bloodstream in response to a perceived stressors such as being asked to speak in public.

Here's where the magic happens

To transform your fear of public speaking into excitement all you need to do is change the label you choose to give those feelings.

Instead of labelling them as nerves, call them excitement or anticipation, and see how much stronger and more confident you feel.

Choose to label them as nerves and you trigger a negative thought pattern which usually includes reliving past embarrassing moments or imagining future disasters. Hardly the state you need to help you nail that important presentation.

Choose to label them as excitement and you trigger a much more positive and resourceful train of thought which will massively increase your chances of giving a good or even great speech.

That's OK, I didn't believe the awesome power of this technique the first time I heard it either. In fact I thought it was some sort of joke!   But the more I thought about it the more I got curious and then I tried it for myself. Now I teach it to all my clients and they are as surprised as I was at the power of this simple psychological process for overcoming a fear of public speaking.

P.S.The technical term for this powerful technique is Reframing, and is so-called because it means "to look at the same information from an alternative perspective."

PPS It's easy to share this tip with your friends, just click on the sharing buttons below.

Just enter your name and email below and you'll receive a download link to my FREE presentation structure guide.

"I just wanted to leave you a quick testimonial about the presentation guide.  I have a session I am running at an international conference this month and although I have done many presentations the word count calculator along with your very clear framework has given me a really good way of evaluating if I am on the right tracks. Thank you for a concise and really useful guide" - Sheryl Andrews 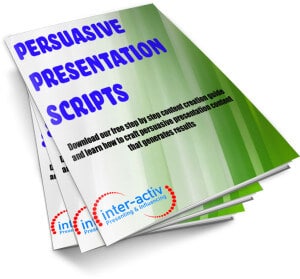 Thanks for subscribing! Please check your email for further instructions.

Something went wrong. Please check your entries and try again.
Share this...

Linkedin
Posted in Confidence, Nerves, Presentation Skills, Public Speaking and tagged fear of public speaking
← PowerPoint Presentation Do’s and Don’ts“Dr, I think I wave my hands about too much” →