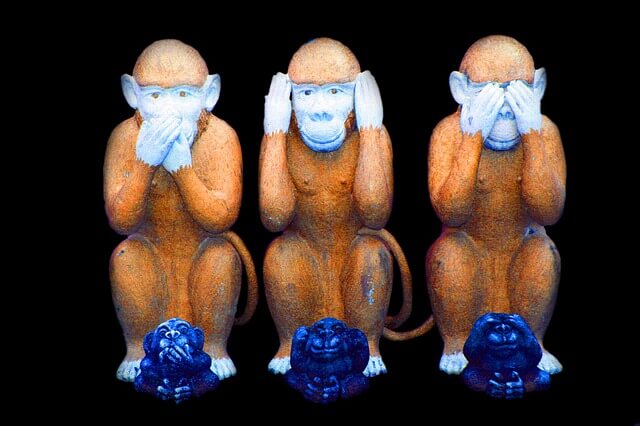 I’ve been training presentation and public speaking skills for more than ten years now and today I’d like to share one thing I learned which has had the biggest single impact on the results I get.   If you are curious to know what it it, then read on.

I still remember the first bit of feedback I got when I stood up to give a talk.   The giver, no doubt intending to be helpful told me that I had said “um” 42 times in my three minute talk.   It’s all too easy to be critical but the question is, does giving critical feedback work?  Does it have the desired effect of improving performance and changing behaviour?   I’ve been a manager and a trainer for more than 20 years and I have learned the hard way that most critical feedback, no matter how well meant, has the opposite effect.

Why should this be?   Well I’d like you first to follow the instructions in the following statement. Ll

So what happened?  Of course you couldn’t do anything else but imagine a purple pachyderm.   It’s the way or mind works, we cannot not think of something.   Our attention inevitably goes to the thing that is unwanted or forbidden.

Now imagine you say to someone, “don’t keep saying um.  You have a habit of saying it at the end of every sentence and you must stop saying um if you are to improve.”   Immediately your attention is drawn to the very thing that you don’t want to do as an a result you do more of it!      “Energy flows where attention goes”

Now imagine i said to you this instead. “I want you to concentrate on saying nothing at the end of every sentence.  Put a pause in, as you think of the next thing you are going to say.”   Now notice what you focus on.

But there is more to it than this.   Critical feedback hurts!

When I started teaching presentation skills I used to give lots of “constructive” feedback which inevitably meant pointing out things that people were doing wrong.    No matter how sensitively I gave this feedback, I could see the pain in the eyes of my students and despite their accepting nods, Is till saw the same unwanted behaviours repeated time after time.

And then I went to America for an NLP trainers workshop. During those long hard three weeks we would all be expected to give lots of presentations but a the beginning of the course, Robert Dilts our tutor introduced the concept of “Positive Feedback Only”  He challenged us to focus on commenting solely on what we liked about the presenters delivery, structure or visual aids and other than that to phrase or suggestions for improvement in terms of  “what presenter could do more of that would make his talk even better”.

Initially we were all sceptical about this approach but we quickly discovered that it has a hauge impact on the presenter and people improved far faster than using traditional critical feedback techniques.

When I got back from the States I incorporated this approach into my own one day workshops and the impact was huge!   The degree of improvement I started seeing over a day was at least 25% greater than previously.   So if you need some help with your presenting here are some suggestions to help you get the most change in the shortest possible time;