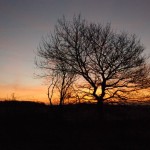 This post was promopted by a comment made by my wife Lyn after an early morning walk today.

It was a beautiful morning here in the South of Hampshire. The sky was just starting to colour up as the sun rose and the air was crisp and fresh. After a few minutes of silent contemplation we started to chat about anything and everything. In particular we gravitated towards talking about what it is that allows people to have the confidence to do amazing things such as present with confidence and conviction.

Self belief kept coming up in our conversation and then Lyn asked “How can we have more belief?”

My first answer surprised me when I said, “Maybe it’s not so much about doing something to havemore belief, but rather its about stopping doing things that erode our self beleif.”

As an example, a colleague I met at a networking event recently said, “the problem with me is that I don’t have sparkle” and so my talks are dull. This sounded to me like a limiting belief and when I asked them how they knew they didn’t have “sparkle” they replied “Somebody told me once, after a talk.”

So, based on the opinion of one person commenting on once example, they had generalised that comment to encompass every possible speaking situation across their whole life. How crazy is that?

Thankfully a few minutes after my response to their answer they suddenly said, “Well actually, I’ve just remembered that the speech I gave when I got married was really good and I got lots of praise for it afterwards.” When I asked them ” Did you sparkle on that occasion?” They said “Yes!” and I could see from the light in their eyes and the change in their expression that they had realised something very valuable.

So next time you put yourself down about your speaking abilities (or anything else for that matter!) remember my friend and his sparkle story. Do a reality check and see if you are really as bad as you think you are? Have you ever had good feedback? Have you ever been pleased with your own performance?

If you want to nurture your confidence one key step is to stop dwelling on your failures and putting yourself down.

Linkedin
Posted in Attitude, Belief Change, Confidence, Inspiration
← Ask The Expert – Your chance to put me on the spotUpdated Website Using WordPress →